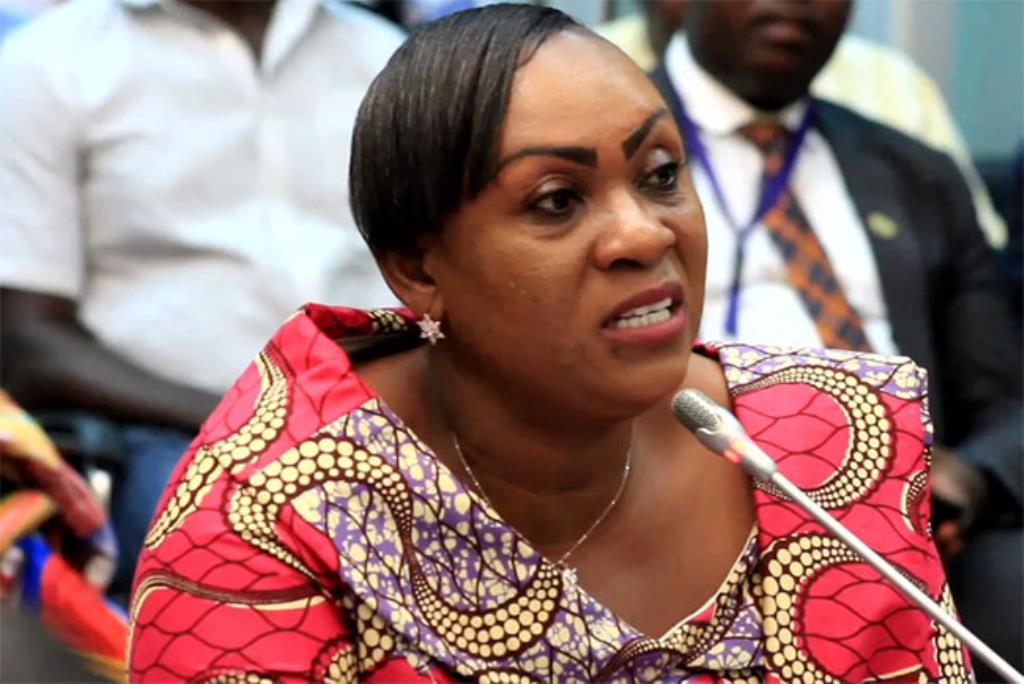 It was generally expected that the vetting of Mavis Hawa Koomson, Minister-designate for Fisheries and Aquaculture, will be an interesting one.

She has definitely earned her reputation in the past for a variety of problems, including the shooting incident at the Awut Senya Constituency.

This was the first question put to her by the Parliament’s Appointments Committee on Thursday morning as she brought the ‘hot seat’ to the barbecue.

It is assumed that she ‘escaped’ to react specifically to this, on the grounds that the issue was already under inquiry.

However, her answers to the follow-up questions on the portfolio she was nominated for seem to have already drawn a lot of attention from Ghanaians, especially on social media platforms.

For eg, Twitter’s name seems to be number 1, although she’s only halfway into her vetting.

The panel’s concerns, including one on ‘Fish Farming,’ and its fascinating and apparently unprepared answers, are some of the big patterns.

Check out some tweets below:

dziffaakua
@dziffaCitiTV
There is no way Mavis Hawa Koomson should be approved as the minister for fisheries and aquaculture. No no no way. Disappointment is an understatement. Wow.
Johnnie Hughes, TBG
@hughes_onair
I think the committee should just discharge Hawa Koomson and let her go. Whew!
Aga pe 🇬🇭
@kwakurafiki2
Hawa Koomson says she regrets shooting. Vetting will humble u 😂
FaFa

Fentuo Tahiru Fentuo
@Fentuo_
Somebody said it appears Hawa Koomson has committed to embarrassing herself no matter how much help the committee members are trying to offer. I don’t know whether to laugh or be sad. They should just discharge her.
N.B.A
@Boakyewaa_N
a good research assistant would have saved Hawa Koomson from all this.
Ego Over You⚪😹🇬🇭
@badasspmf
Hawa Koomson is the type of lady that would be looking for her maths set 10 minutes to the paper! No preparations, nothing. Just defensive tactics and parking the bus by the Chairman🤣🤣
Stakes_Gh
@dada_ba_Unusual
I love Hawa Koomson, no policy Planning biaaa, just InshAllah and vibes😂😂😂😂
Kwasia Bi Nti 🇬🇭🇨🇦🇯🇲🇳🇬🇺🇲
@KroboLastborn
Hawa Koomson and English Language battling on the floor of parliament. One is fighting for his life and the other is fighting for her political position. I bet you, English Language is suffering 😂🤣😂
naajudith🇬🇭📚🏀🌈🌠🎖❤
@realnaajudith
Herh @receiptsguy Ablakwah is doing your job for you – pulling receipts 😆😆😆😆
Hawa Koomson can lie oo erh
Godfred Akoto Boafo
@eastsportsman
Hawa Koomson apologizes for the shooting incident from last year. However, insists that it was in self-defense and the case is being investigated by police.

Hawa Koomson does not cut it. It is as simple as that. The NPP has much better human resources to fall on than this.