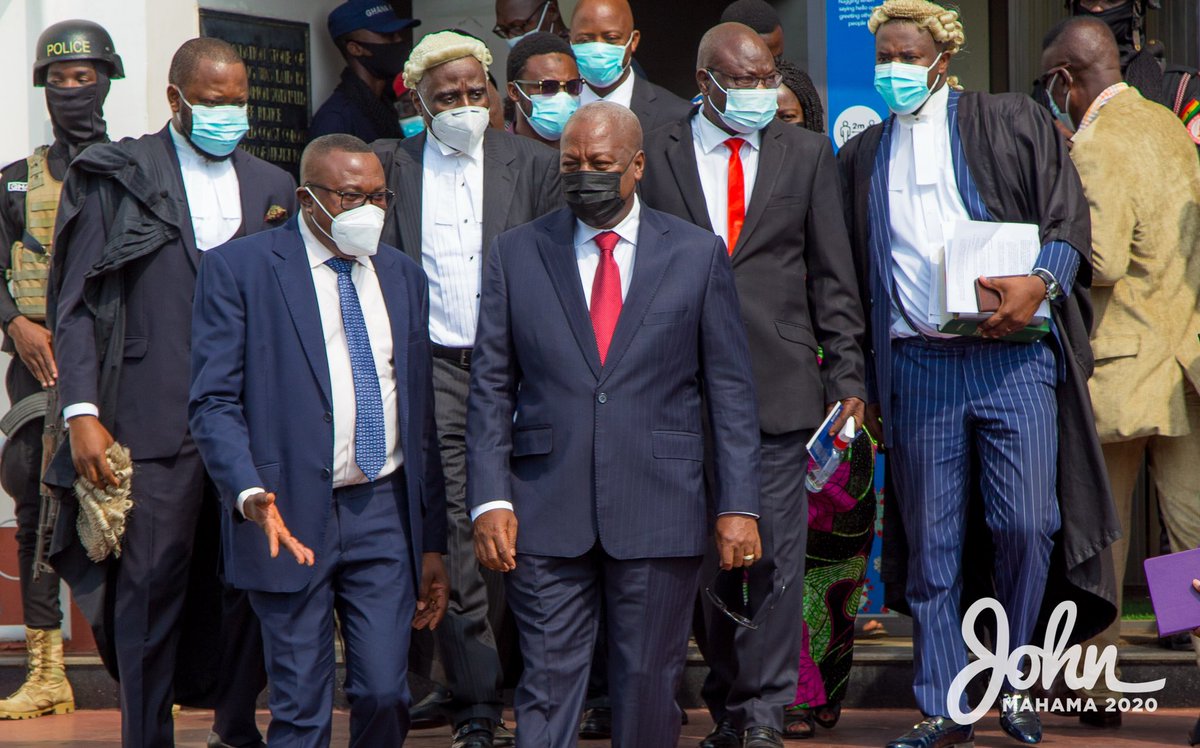 The lead lawyer for John Mahama in the election petition lawsuit, Tsatsu Tsikata, lodged two fresh petitions before the Supreme Court after the dismissal of a leave demanding re-opening of the case.

The complainant, John Mahama, wanted the motion such that Jean Mensa, President of the Electoral Commission, could be called to testify in the pending election petition.

Investigate the antigen business at the airport –…

However, reading the judgment of the Court on Tuesday, 16 February, Chief Justice Kwasi Anin-Yeboah said that the petitioner’s legal team did not say how the information they plan to request from the President of the EC will help to decide the issue.

Again, the Chief Justice clarified that the President of the EC is not on appeal, and hence she cannot be required to vindicate herself by adding that the progress of the petitioner’s case depends on his own facts.

However, opposing the judgment of the seven-member panel of judges comprising of Chief Justice Anin-Yeboah; Justices Yaw Appau, Marful Sau, Professor Ashie Kotei, Mariama Owusu, Nene Amegatcher, and Gertrude Tokonor, Lawyer Tsikata argued that fresh appeals had been lodged after the Chief Justice had read the decision to reopen the issue.

These fresh motions, he added, contained a summary of the decision of the Court of Justice on 11 February, which specified that the EC Chair should not be required to set up a witness box and stay the trial until the appeal for review has been heard.

Acknowledging the submission, Chief Justice Anin Yeboah confirmed that the court would transfer the applications submitted by the applicant after a date has been fixed by the Registrar.

He then delayed the trial to Wednesday, 17 February 2021.

Mr. Mahama is in the highest court of the land, the Supreme Court seeking an order to re-run the 2020 presidential election that the 1st respondent called the winner for the candidate for the New Patriotic Party.

He claims fraud and voting while claiming that no nominee won more than 50 percent of the votes cast in the election of 7 December 2020.

Brave Bowy – (I will praise him) – Mixed by ofasco